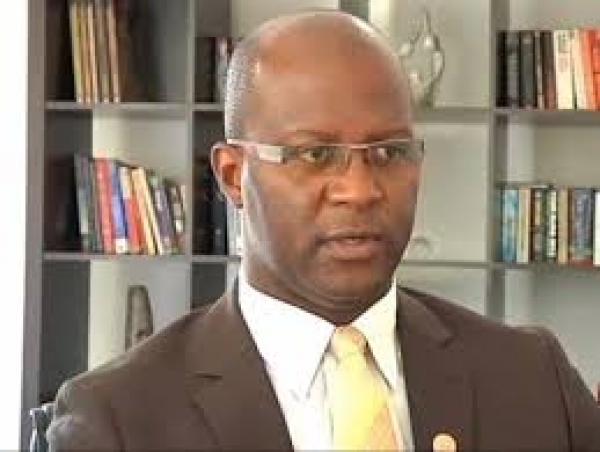 The government of Malawi has admitted the country is facing serious security lapses, which are threatening the safety and wellbeing of most citizens and compromising business environments.

During the past years, Malawi has experienced a spate of increased criminal activities, with many cases of murder, and armed robberies in banks, supermarkets, residential areas, and of late, religious premises like churches. The government has described the cases as unusual.

Minister of Home Affairs and Internal Security Atupele Muluzi said while they are aware of public concern regard the dramatic uptick in crime, the government is responding to the situation by increasing visibility of police officers, improving skills, competencies, and capacities within the Malawi police service and other law enforcement agencies.

“Government is aware of public concerns over incidences of serious crimes that have enveloped our country over the past few years. Crime has become more complex and challenging as criminals have become more organized and sophisticated” said Muluzi.

He acknowledged that, though dedicated and hardworking, Malawi police officers face enormous challenges in carrying out their duties, including inadequate resources, which have resulted in inefficiencies.

On Sunday President Peter Mutharika also assured Malawians and the business community of the government’s commitment to curb security problems.

Speaking during a development rally held in Ndirande Township, in the commercial city of Blantyre, Mutharika said “my government is trying everything possible to ensure that people's lives and properties are protected. We have recently purchased 500 police vehicles, and supplied our men in uniform with new weapons, so they can ably fight the spate of insecurity in our country.” Most police officers in Malawi do not have adequate resources and capacity to stand against notorious armed robbers.

In June, unknown thugs shot dead a police officer and injured another in a broad daylight armed robbery on Paul Kagame road, in the capital city Lilongwe. The criminals who according to police report were suspected to be former police officers and well known robbers, went away with approximately 46.4 million kwacha, sales from various filling stations belonging to Petroda Headquarters in Lilongwe.

Other quarters believe that some of the people government repatriated from South Africa during the xenophobic attacks are behind organized and sophisticated robberies and murders, which government says it is still investigating.

For his part, one of Malawi’s renowned social and human rights commentator, Rafiq Hajat has faulted the Malawi government for failing to protect people's businesses and lives, urging it to channel more resources to enhancing security around the country.

“In a bid to arrest the spate of insecurity which has reached alarming levels in Malawi, Government has to allocate more funds to the security sector. It should mount an investigation on the criminal record of the xenophobic victims who were repatriated from South Africa” said Hajat.

Malawi has experienced calm and peace since attaining its independence from Britain in 1964. But it started experiencing series of security lapses few years after attaining democracy in 1994.

More in this category: The African Development Bank: A Renaissance for Regional Development? »