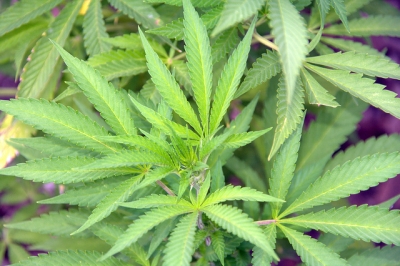 There is a hot debate on whether Malawi should legalize industrial hemp, also known as industrial Cannabis, for purposes of improving exports and domestic earnings.

The main foreign currency earner for Malawi at the moment is tobacco which is facing threats on the international market, with serious anti-smoking campaigns by health organisations including the World Health Organization.

Malawi’s Minister of Finance Goodall Gondwe said in the capital city Lilongwe that with tobacco facing marketing challenges in international markets, “the country has to gradually consider moving to other produce that would earn it, the much needed foreign currency and boost its economy.”

Civil Society Agriculture Network a non-governmental organisation also called for the move, describing it as a recipe for good economic growth. The organization's National Director Tamani Nkhono Mvura said, while acknowledging that tobacco has been the engine for Malawi’s economic development as it generates 60 percent of foreign earnings, that “time is of a factor that the country should consider diversifying its agro base.”

Some commentators and members of the community believe industrial Indian hemp which is already produced illegally in backyards by some smallholder farmers, could save the country from serious economic woes.

But for decades, most Malawians perceived Cannabis as a dangerous and toxic plant that can trigger mental illnesses to those who consume it through smoking.  As such, those found cultivating it face serious court charges.

A doctor at Zomba Mental Hospital who requested to stay anonymous confirmed that they received many cases of people who develop symptoms of mental illness like mania due to smoking Cannabis, otherwise know as marijuana.

Debate on whether Indian hemp should be legalized resurfaced in May 2015 when Boniface Kadzamira, Member of Parliament for Ntchisi North, argued that apart from paper, industrial hemp can be used to produce fibre, fabric, soap, lighting oil, medicines, food, oil and proteins for both humans and animals.

The first time the issue was debated in 2000, then Minister of Agriculture John Manduwa noted that Malawi would benefit economically if Indian hemp could be legalized.

Malawi’s economy suffered devastating flooding early this year that killed 276 people and damaged cash crops such as tobacco and corn. The economy was also severely hampered when international donors suspended support in the wake of government corruption dubbed the “cashgate” scandal in late 2013.

The cover photo, by Flickr user Manuel, can be found here.

More in this category: « Electricity Project in Malawi Expected to Boost Economy AGOA's Renewal Encourages Trade, Not Aid, for Africa »