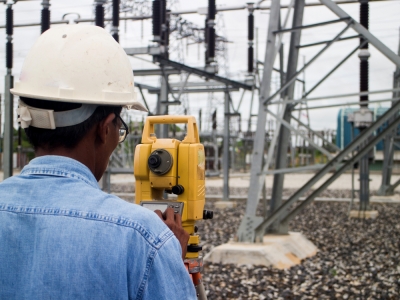 Malawians are anticipating the completion of a $350.7 million project geared at reducing the cost of doing business in Malawi by expanding access to electricity.

About 80 percent of the country’s population live in rural areas and the majority are using paraffin burners locally known as “kaliboyi” or “nyali,” due to the country’s low power capacity and high poverty levels.

Currently, the sole power service provider, Electricity Supply Corporation of Malawi is supplying 350 megawatts (MW) to the country’s population of 17 million but the project is expected to increase capacity to nearly 1000 MW.

According to Leon Van Rensburg, site manager for Conco Ltd which is one of Africa’s leading  electrical construction and transmission companies, the project is a great opportunity for Malawi to export surplus power to neighbouring countries like Zimbabwe, Zambia, and Tanzania.

“This is a big investment for Malawi and may probably be a major foreign exchange earner for the country since most of its neighbouring countries have low power capacity and will be scrambling for Malawi’s surplus power,” he told HARAMBEE TODAY.

CEO Susan Banda of MCA Malawi said the project, which started in September 2013 and phases out in 2018, is estimated to contribute about $832 million--which is almost the annual national budget for Malawi-- in the next 20 years through various economic activities.

“The estimated economic rate of return is ranging from 18.7 to 24.6 percent during the compact implementation period with the interconnector as the potential investment to come during the period,” Banda said during a briefing meeting with the private sector and other stakeholders.

Major goals of the project includes rehabilitation, upgrading, and modernising Escom’s generation, transmission, and distribution assets, and increasing the efficiency and sustainability to preserve existing generation.

For instance, power experts are now refurbishing the Nkula and Kapichila power plants, which generate about 98 percent of Malawi’s power, to reduce outages caused by the condition of the assets and maximising power output.

With three years remaining, the institution is doing everything possible to catch up with the deadline, and is now recruiting contractors.

The contracted work will include construction of 400 Kilovolts power line from Phombweya in the capital Lilongwe, which covers central and southern regions, and another 132 KV line parallel to the existing 65KV and 33 KV lines in the northern region.

“This will help us to be manufacturing our products right in areas where we get raw materials, thereby creating more job opportunities for the young people,” he said during a recent meeting organised by the MCA Malawi to interact with the stakeholders.

Minister of Natural Resources, Energy and Mining Atupele Muluzi recently said the project will boost most of the mining projects which the country is banking on to spruce up its ailing economy.

A document released by the Ministry also disclosed that the mining industry alone requires 752 Megawatts to operate while Escom only produces 350 for the whole nation.

“Several multi- billion Malawi Kwacha mining projects are failing to start in earnest due to inadequate energy as the county’s derisory capacity to generate electricity frustrates investments in the sector,” the document states.

The document cites the country’s Kayelekera Uranium Mine being managed by Paladin Africa Ltd as a major project affected by the inadequate power capacity,  as it has resorted to diesel engine use generators to top up the required 12 megawatts for its operation.

“Another project is the heavy sand mineral sand mining and processing that needs 500 megawatts, ” the document states.

Some members in rural communities, however, feel they will benefit little from the project since the government has said they plan to increase electricity rates after the completion of the project.

“It is already difficult for people in rural areas like here to access power because its charges are very high to get connected,” said local community leader Group Village Headman Gondwe in the remote Bwengu area in Rumphi district.

He added “the most unfortunate thing is that government will increase the rates after the project instead of cutting it to enable the poor equally access power.”