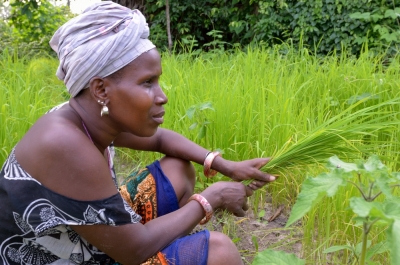 Investments in agricultural research and development has tremendously enhanced agricultural productivity in recent decades, representing significant progress in African countries south of the Sahara, according to a new report issued by the International Food Policy Research Institute.

IFPRI also noted that from the mid-1990s, regional agricultural output in African countries south of the Sahara grew at an average rate of 3.5 percent per year, compared with only 1.1 percent per year during 1971–1985 – less than the average 2.8 percent population growth for the period.

In the report, the Institute revealed that the increased agricultural productivity in the region was brought about by more efficient use of production inputs—that is, land, labor, capital, and materials—following policy reforms in the 1980s and 1990s, whereas gains from improved technologies were only modest.

IFPRI added that with policy reforms that have now run the region’s course, future agricultural growth will increasingly depend on technological change, which will require greater investment in agricultural R&D.

Moreover, the report found that although agricultural research and development spending and human resource capacity have grown considerably in the region since 2000, they were concentrated in only a few African countries. “Averaged across countries, the region’s public agricultural research capacity increased by 50 percent during 2000–2011 to an estimated 14,500 full-time equivalent researchers. Put in context, however, three countries — Nigeria, Ethiopia, and Kenya — employed more than one-third of those researchers in 2011.” Moreover, just two countries —Nigeria and Ethiopia — were responsible for most of the growth during this period,” the report found.

According to the report, to succeed in generating the targeted research outputs needed to accelerate this agricultural growth, the countries south of the Sahara need sufficient and sustainable funding of strategic agricultural research programs in alignment with national and sub-regional priorities, combined with talented, well-trained researchers conducting activities within an innovative yet efficient environment that motivates them.

Another finding in the report is that female scientists remain grossly underrepresented in the agricultural research field, despite the fact that they are in a unique position to effectively address the pressing challenges facing African farmers.

“Promoting greater women participation in agricultural research has a number of potential benefits. First, it would ensure that a broader range of insights and perspectives were brought to bear on the unique and pressing challenges facing farmers, the majority of whom are female. Second, it could be a highly effective means of filling current capacity gaps in most African countries,” the report stated.