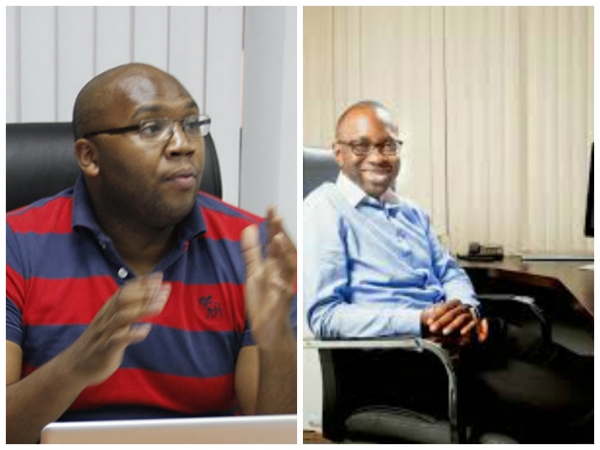 In recent years, there has been a trend in Nigerians returning home and creating startups designed to help the country overcome infrastructure challenges through innovation and technology. Two of such people are Tayo Oviosu of Pagatech, and Jason Njoku, co-founder and CEO of iROKO Partners.

Before returning to Nigeria, Oviosu earned his bachelor's degree in electrical engineering from the University of Southern California and his Masters in Business Administration from Stanford University in California. He had 12 years of technical and business experience under is belt when he launched Pagatech. He also led numerous acquisitions and private investment opportunities while working for Cisco Systems in San Jose, California, according to his biography. Oviosu is founder and CEO of the Lagos-based Pagatech. The company is Nigeria’s largest mobile payments provider allowing customers to transfer cash across the country through text messaging. Users can also pay bills, purchase airtime credit, and pay retailers.

Another success story is that of  Njoku who returned to Nigeria with his mother at the age of 29. He narrated his story during an exclusive interview with Cyprian Josson, the editor of Nollywood Croissance Magazine. “While at home,” he recalled, “I noticed that my mum’s TV viewing habits had changed and instead of watching British soap operas, she was watching Nollywood movies. She, and a number of my family members loved these movies and couldn’t get enough of them. She asked me to get hold of some more for her – instinctively, I went online to find them as I’m an Internet nerd. When I couldn’t find them, and realized that there was no centralized means of sorting, distributing and marketing these films. I realized that there was a really exciting business opportunity for me to tackle.”

He eventually  struck a content partnership deal with YouTube to launch the “Nollywood Love” channel in December 2010. The success of the channel, which streams full-length Nollywood movies, lead to a successful $8 million investment from US-based hedge fund Tiger Global, making it one of the biggest single investments into a West African Dot-com venture. A further investment round of $2 million, led by Swedish-based hedge fund Kinnevik, also followed.

Due to the success, he and his business partner, Bastian Gotter,  launched their own movie streaming platform, iROKOtv, in 2012.  The platform offers an online subscription service to watch Nigerian and Ghanaian movies for a monthly $5 subscription.

Njoku said they made “all kinds of stupid mistakes” in the beginning.  “In the first year of iROKOtv we raised $13 million, match that with startup CEO immaturity. (We) overspent on everything from product development, to office setups, to staff costs, to movie license acquisitions.”

A Manchester University graduate and chemist by training, Njoku admitted sacrificing a lot when he moved to Lagos in 2010. “I left all my friends and family behind in the UK, so to start with, this was a challenge but I’ve made Lagos my home now.” He confessed that “doing business in Nigeria is totally different to anywhere else in the world so learning the local customs and ways of striking deals was a challenge for me – at first. I’m a super-fast learner though and now I thrive on it.”

In 2013, Njoku and Gotter also launched the Lagos-based SPARK, a $1 million-backed company to support and develop aspiring Nigerian tech and Internet entrepreneurs.

Sharing his opinion with Gbenga Awomodu of Bellanaija.com on the three most important attributes required by the African tech entrepreneur to succeed on the global business front, Njoku said “with a business like ours, you’ve got to have a product with global appeal but underpinned by local knowledge. iROKO’s biggest markets are the US, UK, Canada, Germany and Italy. We’re aggregating the African Diaspora in a way that no one has been able to before. You have to have an incredible team around you; a team that loves the end product - no matter what it is -- as much as you do. They need to be engaged, on the ball, skilled, and excited by what they are doing – I believe we’ve found this balance at iROKO Partners.”

“You have to put the hard work in. Africa is without a doubt an exciting place to be doing business at the moment, but there are still challenges regarding bureaucracy, infrastructure, communications, etc., that need to be addressed. If you are willing to put in the hard work, you can overcome these challenges and succeed,” he said.

In spite of the insecurity situation especially in the northeastern part of Nigeria, the country’s rapidly expanding economy and business opportunities are increasingly drawing expatriates back home.

According to Nigeriadiasporaday.com, there are about 3.25 million Nigerians living in America, counting all generations of the people from first arrivals to fourth generation Nigerians. Of this number, there are over 115,000 medical professionals, 174, 000 IT professionals, 87,000 pharmacists, 49,500 engineers, and over 250,000 legal, financial, real estate and related business professionals.

As contained in the PricewaterhouseCoopers report tagged Economic and Fiscal Implications of Nigeria’s rebased GDP, “Nigeria's GDP was recently rebased from about $ 270 billion to $ 510 billion for 2013. The increase of about 90 percent was attributed to new sectors of the economy such as telecommunications, movies, and retail which were industries previously not captured or underreported. As a result of the rebasing, Nigeria is now the largest economy in Africa and the 26th largest in the world.

Nigeria’s short-term economic outlook has improved in 2014 and prospects for continued growth and macroeconomic stability are good in light of increased revenues to the federation, stable foreign reserves, and an augmented fiscal reserve fund, according to a recent World Bank report.