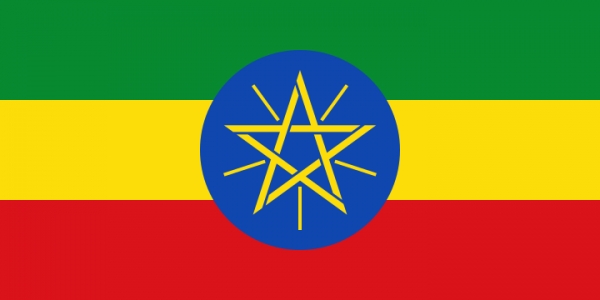 Rutha Bahlibi: Thanks for tuning into the HARAMBEE TODAY podcast, and happy New Year to you all. This is the final episode of our series on ethnic conflict in Ethiopia.

Now, recall that we were focused on Ethiopia prior to the new prime minister taking over last April. We hope to provide an update on how the new government is doing at some point in the near future, but for now, here are some closing words from some of the folks featured throughout the series. You can find the transcript for this episode and past ones on our website at harambeetoday.org.

Dr. Asebe Regassa Debelo: The central part of the political crisis is lack of political representation or, in a very general way, democratization within the party and generally within the country--lack of space for political parties, for example.

Economic questions are very fundamental. When we talk about economic questions in developing countries like Ethiopia, land is very central element of existence. And not only access to land, but the issue of land expropriation has remained one of the defining features of state-society conflict in Ethiopia, even under different regimes--under the imperial regime, under the military regime, and even currently. So for a peaceful Ethiopia to exist the political space should be open; the citizens should have equal access to resources; they should also get paid compensation for any legal displacement that might come--when their state for example needs a land according to the law, then people might be displaced, but they should be given proper compensation. So these are all the defining elements.

And for the future, which I see kind of a new emerging trajectory, is the alliance and collaboration between the Oromo and the Amhara is a new history in the country, and that might also shape the future of Ethiopian politics. A politics that builds on trust and mutual cooperation (rather) than focusing on the past historical antagonism and enmity. So I would say these are the important elements that should be considered for the future of political order in Ethiopia.

Mohamed Olad: And there is this hope that Prime Minister Abiy Ahmed would actually deliver some of the gigantic promises he actually made. So we would actually like very much to be part of that. Whether it is the media, or it is political organizations, or it is the federal government, or if it is anybody who's interested in actually moving this country forward, whatever happens in terms of positive change, they should also make sure that it happens in every part of this country regardless of how they are closer to the center are not.

The Somali people live in a different circumstance and a different situation, that most Ethiopians actually take it for granted. If there is something that the Ethiopians already have, the Somalis have 10x less than that.

Dr. Weldu Weldeyesus: It would be important for the prime minister to listen to members of the opposition and broaden the political space so that members of the opposition would be involved and would win significant number of seats in both the state and federal parliament. I hope that there would be a lasting peace to our country. I do not want the violence that is existing in Ethiopia to continue.

I'm hopeful that there would be very strong engagement among the four political parties that constitute the EPRDF (Ethiopian People's Revolutionary Democratic Front), and they would come out with resolutions, which would not only make the party strong, but make it more open toward involving lots of opinions from the opposition political parties, to make the country a win-win situation where everybody would be interested to contribute to the development of the country.

And I hope that the completion of the Grand Ethiopian Renaissance Dam would also bring national consensus, as it created that consensus in its beginning. And then its completion would also bring us that kind of national consensus, where we all would say that Ethiopia would be a developed country generating lots of hydroelectric power, which would be used not only in Ethiopia, but in many other neighboring countries. That would contribute a lot to the regional integration. It's important that Ethiopia remains a stable country in a highly volatile region. So that's my hope.

Dr. Tsega Gebreyesus: Our life expectancies remain low in Ethiopia. The economic infrastructure that was developed over the past two-three decades is now at risk and has been challenged by this instability. So the future of the economic development in the Horn of Africa is very much at risk and depends on peace and stability. It depends on it getting it right.

There's got to be a way to reconcile ourselves with the reality of the diversity on the ground and our history; the facts of our history. The good, the bad, all of it, because that's the only way to truly heal and get to a level where we can interact with one another in a genuine way.

Dr. Yohannes Gedamu: If Ethiopians are to survive the kind of political climate that we have right now, if they want to have more freedom, if they want to have democratic elections, free and fair elections, movement across the country freely, and all of these good things, one thing that needs to happen is tolerating each other's culture; tolerating each other as a people; respecting everyone's religion. This is extremely fundamental. But what needs to happen is not an Oromo prime minister, an Amhara prime minster, or a Tigrayan prime minister; what needs to happen is an opportunity for all of us to have someone who could take the leadership role and come up with a good working solution for all of us. And I think we do have the potential, and I think the time is now. And I hope the government recognizes that the time is really running out. It's about a very very critical time in their history, so they have to make sure that they play that critical role.