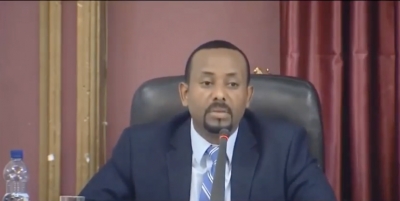 The World Bank signaled its approval for recent reforms in Ethiopia with $1 billion in budgetary aid that will be disbursed over the next four months.

Prime Minister Abiy Ahmed swept into office in late March after years of political unrest in the country’s Oromia region. Since taking office, he has removed hardliners within the Ethiopian People's Revolutionary Democratic Front, the country's ruling party since 1991, and their supporters from key economic and security positions. His reforms include lifting bans on political parties and media outlets once labeled by the federal government as terrorist organizations.

In June, he announced the partial privatisation of critical economic sectors including the state-owned airlines and state-run telecoms, which have been instrumental in supporting the country’s impressive economic growth.  The move is significant given old guards of the ruling party previously rejected pressure to privatize these sectors until the country gained sophisticated regulatory capacity and could provide sector services to citizens for cheap. Ethiopia’s growth has been aided by China, whose approach to financing enabled both fast and equitable development, the country’s late Prime Minister Meles Zenawi said in 2012.

It was a distinct pleasure to meet HE PM Abiy of #Ethiopia this morning. HE PM Abiy has a transformational agenda and has achieved many great things in just 116 days. The @WorldBank is ready to help realize his vision of boosting #HumanCapital to #endpoverty in #Ethiopia. pic.twitter.com/SNW4XoaDD1

The World Bank and Western donors shunned Ethiopia from financing after the country's 2005 elections, when long-time foes of the ruling party staged violent protest and demonstrations aimed at intimidating the ruling party into relinquishing power.

WikiLeaks cables reveal U.S. diplomats have continuously undermined Ethiopian laws and EPRDF by showing support for opposition groups seeking to gain power through popular protest or violent means, instead of through the country’s democratic institutions.

For more on Ethiopia and the pressing challenges facing the country, follow our podcast series on the country’s worsening ethnic tensions.

More in this category: Malawi Focuses on Export Growth Potential and Reducing Imports »