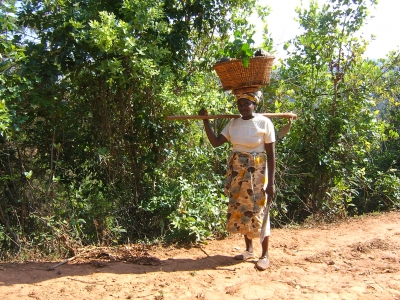 One of 3,000 farmers who make up the Mzuzu Coffee Corporation and its cooperatives./mzuzucoffee.org

Malawians are seeking to expand and increase exports to help resuscitate the country’s economy.

For years the country’s economy has relied on tobacco exports which is now faring badly due to the decrease in sales. Farmers also depend on small scale farming for food production but most have not experienced economic gains due to the lack of reliable markets and poor pay for their produce. As a result, Malawi has remained dependent on imports despite having the potential to produce enough food and other products to feed its people and boost the economy.

Though there is plenty of fertile soil and the potential for irrigation farming, Malawi imports maize from neighboring countries such as Zambia and Zimbabwe,  even as many in the country are experiencing acute hunger. The dependency on agriculture imports continues to fuel economic woes among the citizens. Still, farmers are coming together to overcome the odds by forming cooperatives to produce and sell larger amounts for the international market.

One of such cooperatives is Mzuzu Coffee Corporation which comprise of 3,000 farmers and operates six cooperatives -- Misuku, Viphya, Phoka, Nkhatabay Highlands, and South East Mzimba. The company, which exports coffee to Western countries including the United Kingdom,  produces washed Arabica, including the rare Geisha variety, which is known for being processed with the highest standards at village washing stations and then at a central hulling and sorting plant in Malawi’s Northern region capital of Mzuzu.

“We are producing about 450 tonnes each season and make more than $200 million,” said the company’s CEO Harrison Kalua, who formerly served as president of the Malawi Confederation of Chambers of Commerce and Industry.

The company intends on doubling production to 1,500 tonnes within the next five years which will enable it to make nearly $700 million each season.  Kalua says there is high demand for Mzuzu coffee in the international market, and he is optimistic that coffee production can replace tobacco as the country’s major Forex earner. 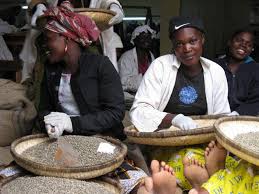 “As I’m talking here, I have no coffee. All is sold yet I am getting orders every day. We really have a problem to meet the demand” because of the lack of financing to obtain new farming land,” he said.

Coffee in Malawi grows well in the highlands, and Kulua said the company is seeking financing for 10,000 hectares which would be used to produce more than 30 million tonnes of coffee and earn an estimated $1 billion from exports.

Many of the coffee cooperatives members interviewed said they are making remarkable economic gains.

“Almost all of us now are no longer living in grass-thatched houses as it was the case before we formed the cooperatives,” said Innocent Msukwa, one of the farmers in Misuku near the border of Tanzania.

He said before joining the cooperative, he was selling his production in small volumes at local markets and he could not make any profit. However, the cooperative has helped him add value to his produce and sell his products at high prices in the international market.

In addition to coffee, Kalua said the government should invest in macadamia, tea, palm oil, and other cash crops to improve conditions in the poverty-stricken country.

“There is no way a country can develop if it produces less, imports, and consumes more as it is the case with Malawi. We need to change our mindset. We need to focus on producing more volumes, processing, and exporting our products if we are to be an economically independent nation,” he said.

Government official Patrick Kabambe, who is principal secretary for the Ministry of Labor and Manpower Development, said the country has reduced imports in recent years and has been working to promote exports through entrepreneurship. He said they stopped importing “eggs and bottled water because they are now manufactured by our entrepreneurs.”

Government is also in the process of creating trade partnership with many countries to enable more Malawian exports, he said.