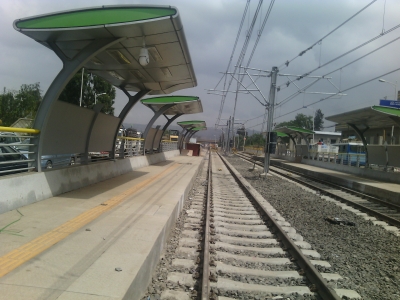 Residents of the city have long complained about the city’s poor transportation systems. It is now very common to see the long queues for transport during the rush hours in many areas of the city. For students, the elderly, and people with impairments, the situation is even worse. “Every morning and late hour of the day, there has been extremely intolerable transportation problem. Today, even though I left my house in early hours, I couldn’t make it to my office on time,” a resident of the Ayer Tena area said. “Young students and elderly people have no choice but to shove and battle to make their way,” she added.

Among the underlying factors attributed to the problem is the imbalance between the limited number of service providers and the ever-growing number of commuters.  The fact is that public buses, mini-buses and taxicabs have been the only means of transport in the city for years. Evenmore, transportation services are not provided in modern ways which further exacerbates the problem.  “Everyone knows and agrees that there needs to be a modern transport system set up in the city,” said Mohammed, an engineer by profession who declined to provide his last name. “The first problem is that the city is getting bigger all the time and the transport system has been left behind,” he added.

In order to address the city’s transportation problems, the city administration began implementing the city’s light railway projects in January 2012 as a part of the country’s growth and transformation plan. Though the city leaders signed a treaty in late 2009, China Railway Eryuan Engineering Group began construction in January 2012. Meanwhile, Huawei Technologies, another Chinese company, has been selected as the sole provider of Ethiopia’s light rail communication system. China’s Export-Import Bank has also provided loans to cover 85 percent of the cost of the project, which is valued at $475 million.

Upon completion, the project will result in two routes which will have the projected ability to transport well over 60,000 passengers each hour. The soon-to-be operational Addis light railway project already has attracted excitement and hope among residents of the city. Many people eagerly anticipate the completion of this multimillion dollar project; they hope for reduced transportation costs, time, as well as decreasing traffic jams in the capital city.

Additionally, the transportation project will expose the country to new technologies and elevate the city’s image. As part and parcel of building a green economy in Ethiopia, this project is believed to be free of any carbon emission due to Ethiopia’s electricity being derived mainly from hydroelectric and wind power.

In sharing his mixed feelings, Teshome, a resident of the city around Hayat condominium who also didn’t want to provide his last name said he “was so excited about the news of official test running on the Addis Ababa light-rail line,” but was concerned it had not yet officially opened. Service was scheduled to begin last May but testing is still in progress. In the meantime, Behailu Sintayehu, project manager of the Addis Ababa Light Railway Transit Project was quoted by other media outlets as saying that test ridings of the light railway have been going on without any technical problem.

According to Ethiopian Railways Corporation,  the initial phases of the Addis light railway project stretches up to 31 kilometers and will have 39 stations. The Addis railway project will be the first in sub-Saharan Africa although cities in Nigeria and Kenya have similar projects underway. 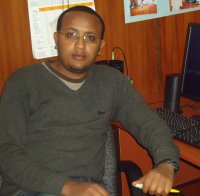 Mesued Mustefa  is a freelance journalist and consultant based in Ethiopia and has worked for various institutions and media organizations. He has M.A degree in journalism and communication from Addis Ababa University and a post graduate certificate in international diplomacy. He covers a number of areas including politics, economics, development, human rights issues, and the environment.

He can be contacted at mesued1994@gmail.com.