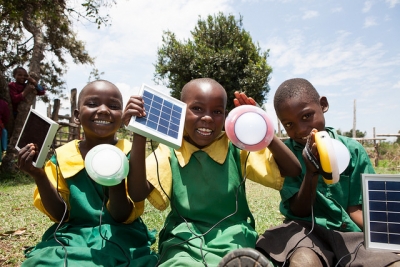 The bank finances loans to subsidize the exports of domestic companies, making them more competitive with foreign competitors. It also provides credit insurance against the failure of foreign buyers and its closure on July 1 marks the first since its operations begun 81 years ago.

The renewal failed after many conservative members of Congress opposed it on the basis that it created too much government intervention in free markets. Although there has been much discussion on whether the bank’s expiration was good or bad for U.S. companies, there has been little attention paid to the impacts on the bank’s foreign partners. Moreover, the bank’s failure will have direct impacts on U.S.- Africa economic relations, especially on President Obama’s PowerAfrica initiative.

PowerAfrica is a program launched in 2013 that seeks to improve access to electricity in the sub-Saharan African region, beginning in partner countries Ethiopia, Ghana, Kenya, Liberia, Nigeria, and Tanzania. To achieve their goal of universal energy access in the region by 2030, the U.S. has committed over $7 billion in support to several programs. Unlike past aid initiatives, the PowerAfrica program is not a direct aid-based program, but rather incentivizes local investment from private companies to develop infrastructure and technology. The Overseas Private Investment Corporation, Millennium Challenge Corporation, U.S. Trade and Development Agency, U.S. African Development Foundation, and the Ex-Im Bank have all committed different amounts of investment and assistance, in addition to U.S. private investors. Five billion dollars of the $7 billion committed came from Ex-Im Bank in the form of support for U.S. exports focused on regional power and infrastructure projects.

The failure of Congress to reauthorize the Ex-Im Bank has serious impacts, both domestically and internationally, and PowerAfrica is just one of many casualties. PowerAfrica seeks to address a critical and fundamental need in Africa - one that is needed as a base for further economic development. Of the $5 billion allotted for the PowerAfrica initiative, only $132 million has been approved. This means that the bank cannot approve the rest of the pending PowerAfrica projects, leaving them vulnerable to foreign competition and investment, especially from China.

One of the most important functions that Ex-Im Bank provided in support of U.S.-Africa economic relations was taking on the risk of emerging markets, in inherently high-risk environments. Many sub-Saharan African companies are operating in climates of risk, with poor governance practices, infrastructure, and weak institutions. The continued development of infrastructures that benefits businesses relies on the continued funding of programs like PowerAfrica through the Ex-Im Bank. Business owners and investors in Africa are dependent on better access to energy and development resources.

Opponents of the bank have celebrated its closure, calling it “corporate welfare,” and “crony-capitalism.” Supporters argue that it benefits U.S. small business owners and levels the international playing field. It also takes on the risk of international agreements. Andrew Liveris, chairman and CEO of The Dow Chemical Company, argues that “Congress has raised the hurdle for U.S. companies even higher” by allowing the failure of the bank.

Last year, the bank provided $20.5 billion in financing, creating more than $674 million in profits from international transactions without any cost to U.S. taxpayers. Aside from domestic benefits, the bank’s partners also profit from the relationship. The sub-Saharan African region is a priority for Ex-Im bank due to its congressional mandate.

According to Amadou Sy from the Brookings Institution, in the first seven months of the 2014 fiscal year, "the Ex-Im Bank authorized $1.1 billion for sub-Saharan Africa, amounting to over $5 billion over the last five years.” There is no doubt that the economic relationship between the U.S. and sub-Saharan African countries has benefited enormously from the strength and development of the Ex-Im Bank.

More in this category: « AGOA's Renewal Encourages Trade, Not Aid, for Africa New Cotton Ginnery to Increase Market for Small Farmers in Malawi »