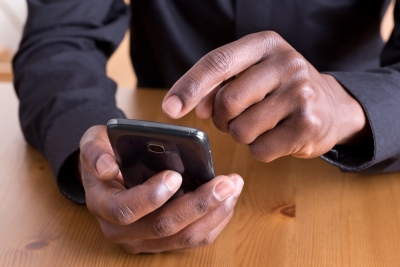 The Nigerian telecommunication industry has grown immensely with the mobile segment being the most active and fastest growing segment. The licensing of Global System for Mobiles led to the evolution of socio-economic activities like e-commerce, mobile payments, and social media.

The country moved to join the digital age with the emergence of democracy in 1999.  The then democratically elected president, Olusegun Obasanjo, paved way for the full liberalization of the telecommunication industry.  Nigerian government strengthened liberalization by setting up the Nigerian Communications Commission to regulate the industry.

The liberalization policy opened up the sector to competition. In 2001 three companies, South Africa-based MTN, Zimbabwe-based ECONET (now Airtel) and Nigeria-based M-Tel were licensed by the NCC to provide GSM services in the country. Globacom, the Second National Operator based in Nigeria, was given a license in 2002 while Emirates Telecommunications Corporation (Etisalat), based in the United Arab Emirates,  got the fifth GSM license in 2007.

The revolution of GSM in 2001 changed the face of information and communications technology in Nigeria and contributed to the rapid development of the Nigerian telecoms sector. The telecoms sector is a major contributor to foreign direct investment in Nigeria, along with the banking, and oil and gas sectors. Competition in the sector has continued to empower consumers in terms of innovative products with high quality; and also drives the economy by providing employment and revenue to the government.

According to the latest annual subscriber data compiled by NCC, the Nigeria’s telecom operators have been able to connect over 177 million mobile phone subscribers, of which more than 129 million of them are active users of the networks.

NCC indicated in its annual telecoms industry data that Nigeria’s tele-density has increased from 85.97 percent in June 2013 to 92.42 percent at the end of April 2014.

Tele-density is the percentage of connected lines in relation to the population in a given period of time, and its growth is proportional to the growth in telephone subscriber base.

The telecommunication sector contributed 8.53 percent to the country’s GDP in the first quarter of 2013, according to the latest statistics released by the NCC.

Based on the information released by the Nigerian Bureau of Statistics, it is now obvious that the sector is contributing in no small measure to the Nigeria’s economy.

NBS is the nation’s statistical agency statutorily responsible for the compilation of the national accounts statistics.

While presenting to the public the result of Nigeria’s GDP rebasing and re-benchmarking exercise, CEO Yemi Kale  stated that the telecommunication sector contributed 8.69 percent to the nation’s economy in 2013, equivalent to N6.97 trillion ($44.3 billion) out of the total rebased GDP estimate of N80.22 trillion ($510 billion).

Nigeria’s Vanguard Newspaper reported that at the 2013 International Telecommunications Union’s Telecom World Summit, Corporate Services Executive of MTN Nigeria, Akinwale Goodluck, disclosed that the “ decision to invest in Nigeria in 2001 was a decision highly criticized in South Africa. But it is a risk that has now paid off.”

Goodluck also noted that in 2001 when MTN was granted license to operate in Nigeria, the share price of the mobile operator dropped by 40 percent, but today the share price in South Africa is over 2000 rands.

The Executive Vice Chairman of NCC, Eugene Juwah, has expressed optimism that the ICT sector will contribute about 15 percent to the country’s GDP by 2015.

Also, while speaking to the press  in Lagos, CEO of Airtel Nigeria, Segun Ogunsanya,  said “Nigerian operators have created close to 10,000 direct jobs since liberalisation of the telecoms sector, and a pace of nearly 1,000 direct, full time equivalent positions are being created each year.

“On an indirect basis, the total number of jobs created by the telecoms operators’ hovers between one and three million depending on the estimates,” Ogunsanya added.