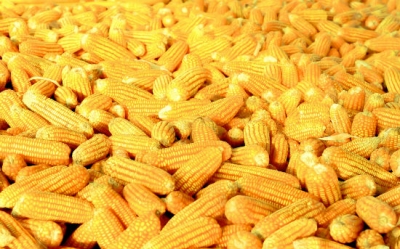 As part of the Nigerian Government’s efforts for the country to attain food sufficiency, maize production has received a significant boost. Production of the multi-purpose cereal crop is rapidly increasing, and its expansion relatively steady.

Maize is grown widely throughout the world in a range of agro-ecological environments. It is produced annually more than any other grain. The major maize producing area in Nigeria is the north central region. The cereal crop is used as food and also as raw materials for the manufacture of fuel. It is eaten fresh or milled into flour and it serves as a valuable ingredient for baby food, biscuits, ice cream, pancake mixes, livestock feed and a variety of traditional beverages. The oil obtained from maize is used to make glycerine, soap, as well as margarine. Maize is also an important source of carbohydrate and a good source of Vitamin A and C.

According to Foraminifera, a Lagos-based market research company, Nigeria has an annual maize production of over seven million metric tons. In terms of volume produced, maize is the third most important cereal grown in Nigeria after sorghum and millet. It comes after wheat and rice in terms of world importance.

The market research company reveals that the total land area planted to maize in Nigeria is above 2.5 million hectares with an estimated yield of about 1.4 metric tons per hectare.

In the 2012, Nigeria ranked 11th in maize production in the world according to the Food and Agriculture Organization of the United Nations. The country is the second largest quality maize producer in Africa while South Africa takes the first position.

According to International Institute of Tropical Agriculture estimates, about 800 million tons of maize is produced worldwide every year. Africa produces 6.5 percent of this volume which is still insufficient for local consumption.

As part of his agricultural reforms, Nigeria’s Minister of Agriculture Akinwumi Adeshina said the ministry would raise Nigeria’s annual maize production to 20 million tons annually,  from the 8 million produced in 2012.

Also, in an effort to improve maize production in Nigeria, a new project tagged 2SCALE is underway in Ogbomoso and Oyo, both located in Oyo State in South western, Nigeria. The project is partly funded by the International Fertilizer Development Centre based in the United States..

IFDC is partnering with relevant agribusiness-related organizations involved in the maize value chain for this project. They include Ogbomoso Ise Oluwa Ni Farmers’ Multipurpose Cooperative Limited and Oyo Maize Farmers Group. OneLife Initiative for Human Development in Ibadan, is a non-governmental social enterprise that has been interfacing between the maize farmers cooperatives and IFDC.

OneLife creates the environment for cooperation and competition in the Agri-business Clusters while also coordinating the interaction between all the actors on the maize value chains in these two locations.

As a part of the strategic take off of the project, sensitization workshops for bulk purchase pooling and cluster dynamics were organized at two different locations in Ogbomoso and Oyo. The participants included maize farmers, input suppliers, maize processors, representative of micro finance banks and marketers. Presentations were made during the workshop by maize farmers on their experiences and challenges on the field.

Commenting on the objective of the project at the workshops, team leader of OneLife Initiative Sola Fagorusi indicated that the goal of 2Scale is to stimulate discussions and identify gaps in maize production.

Fagorusi said that OneLife has created an environment for cooperation and competition in the Agri-business Clusters and also coordinated interactions between all the actors on the maize value chains.

These are part of efforts embarked upon by the Nigerian Government for the country to attain food sufficiency; and hopefully for export.