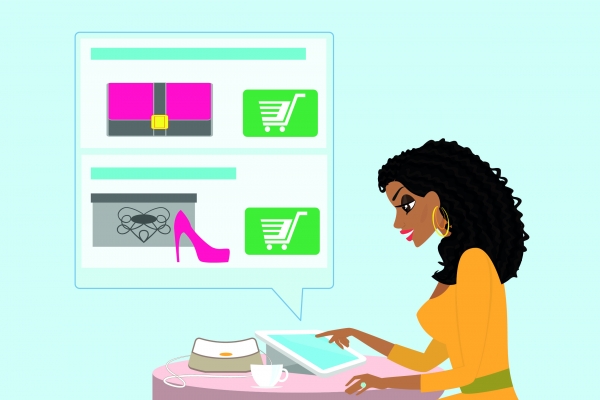 The rise in consumer spending and the expansion of broadband services has continued to increase the pace at which e-commerce-based businesses are growing in Nigeria. Also, with the cashless policy initiative introduced in 2012 by the Central Bank of Nigeria, there has been a tremendous growth in e-commerce transactions in Nigeria. The channels used for e-commerce range from the Internet banking websites to online retail stores and mobile payment delivery channels.

According to business analysts, using e-commerce helps lower the cost of trading across regional and national borders, cuts the costs of service,  and allows small and medium scale enterprises  to attract a wider range of customers and supplier networks. In the last two years, various private platforms have continued to rollout in Nigeria. The likes of Jumia, Konga, Kaymu, Wakanow to name but a few have flooded the Internet space, making it easier to shop online.

With a national  population of over 160 million people, Nigeria’s retail sector has been described as a major driver of economic growth, job creation, and wealth generation.

According to Internet World Stats, there were 55.9 million Internet users, representing 32 percent of the Nigerian population in 2012.

A survey by Euromonitor International, a global market research organization, was reported to have found that Nigeria recorded an estimated 25 percent growth in online shopping in 2011, valued at N62.4 billion, which is an increase growth of an additional N12.5 billion to the N49.9 billion recorded in 2010.

Last year, Nigeria’s BusinessDay newspaper reported “that total investment in Nigeria’s online shopping market by both local and foreign investors was worth over $15 million, about N2.4 billion, with analysts predicting that the figure will double in 2014, as more investors see opportunity in the new sector.”

Euromonitor International also forecast that Internet retailing is expected to see strong growth as the number of Internet-capable devices is increasing and safety fears are being eased through the availability of trusted Internet retailers like Konga and Jumia.

In his statement, founder and CEO of Konga, Sim Shagaya said e-commerce in Nigeria is still in an early stage; but like infants, it is growing fast.

“We are at the stage of less than five percent of total retail in Nigeria. In the United States, it’s about seven percent. It’s in the very early stage, but we’ve been very encouraged by what we’ve seen from the response of Nigerians. People in the city are really embracing it, especially the larger cities. In a few times to come, e-commerce will even penetrate the rural area that is when it would start reaching the more mature stage.”

Former managing director of Jumia Raphael Afaedor, who recently launched the new online grocery delivery platform Supermartng, noted that with the rising popularity of e-commerce businesses in Nigeria, there is the increasing debate about who e-commerce targets and should target.

“A key question is whether e-commerce can displace offline shopping methods as a preferred means to buying everything from groceries to mobile phones. While there is strong potential for the reach of online retailers, the size of the target market and the speed of penetration are often exaggerated. All e-commerce businesses in Nigeria do not solely rely on the Internet. They operate a hybrid model whereby they combine both offline and online strategies and I believe this will continue for years to come. E-commerce is growing but still a while away in Nigeria and probably throughout most of Sub-Saharan Africa,” Afaedor said.