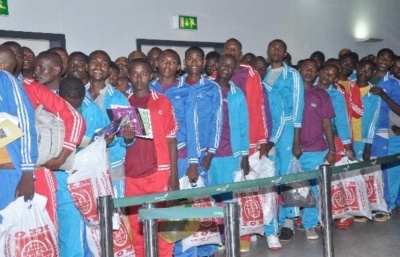 IOM-Ethiopia in collaboration with IOM-Tanzania assist in facilitating the return of the migrants as well as registering and verifying the returnees during their stay in prison. photos by Meskerem Balkew/HARAMBEE TODAY

Despite strong economic strides over the last decade, Ethiopia continues to experience a migration exodus. While it is not uncommon to find Africans in bizarre and risky situation as they seek better opportunities abroad, those fleeing harsh conditions tend to come from countries with well documented human right abuses or dangerous conflict zones. Although Ethiopia has had it shares of bad press for its friction with the media amongst other allegations, it does not explain why so many Ethiopians take extraordinary means to migrate aboard.

Solomon Lemma is one of the 253 undocumented Ethiopian males, of which 39 are unaccompanied minors, who were detained in a Tanzanian prison and returned home last November with the help of the International Migration Organization Special Liaison Office in Ethiopia. Most of them were released after serving prison terms for over one year, while some were pardoned by the Tanzanian government before completing the term, according to Tafa Tullu, immigration director of Ethiopia’s Ministry of Foreign Affairs. 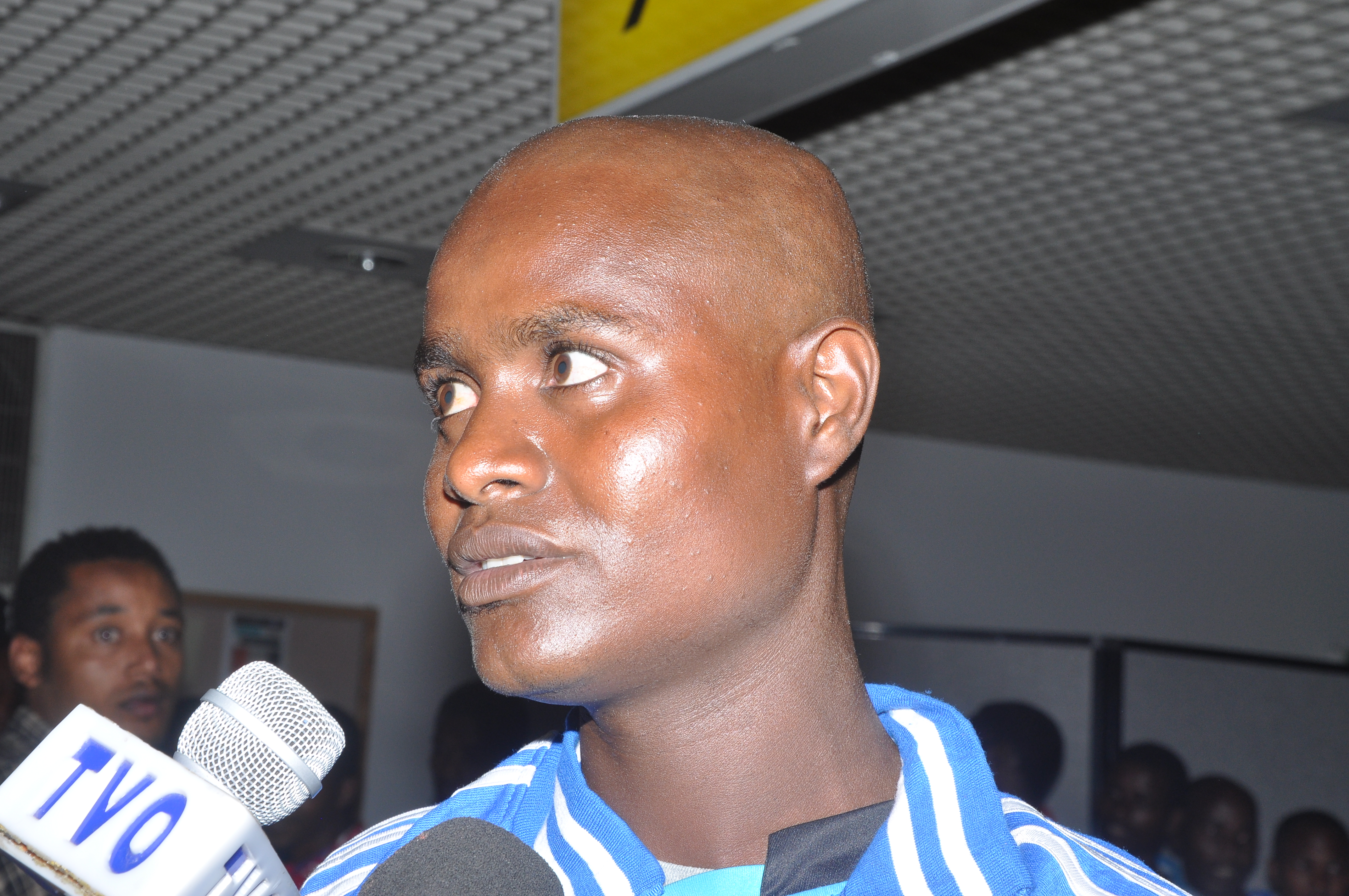 Lemma, age 27 and a father of two, is from Hossana in southern Ethiopia, where the majority of recent returnees are from.  Lemma’s brother paid the broker who arranged his escape 65,000 Ethiopian birr, or $3,250. Soon after, he was in a shipping container with 53 other people all heading to South Africa as the final destination. Lemma said they stayed in the shipping container until they arrived in Mombasa, Kenya. From there, they traveled by sea to Tanzania where they were abandoned by the smugglers who brought them there. Eventually, the group turned themselves in to border patrol because they “couldn't stand the hunger, the violence, beating and abuse, ” he said.

Since the beginning of 2014, over 48,000 Ethiopian migrants arrived at the shores of Yemen to reenter Saudi Arabia, 885 of which were recent deportees from Saudi Arabia, according to the United Nations High Commissioner for Refugees.

Deputy Commander Wondimu Chama, who heads Ethiopia’s Illegal Human Trafficking Crime Investigation Division within the Federal Police Commission, said it was difficult to determine whether human trafficking is increasing due to a lack of aggregated data “but still a high number of uncounted irregular migrants cross the four borders of the country everyday." Adding that during the end of 2014, "over 3,600 migrants, 1,200 of which were recent Saudi returnees, were held up trying to cross to Saudi Arabia using the Djibouti route,” he said in an interview with HARAMBEE TODAY late last year. Meanwhile, 220 Ethiopians at different border points, from October through November that year, turned themselves into the police after their failed attempt to leave the country.

It is not just young and able males on these people-smuggling odyssey, women and children are also taking the perilous journey. Most seek employment abroad not only to earn their own living but to help out their families as well. Human smuggling has become a hot issue after hundreds of Ethiopians lost their lives, or came back severely abused and exploited, both physically and emotionally.  Some of the returnees said they heard about cases of abuse but decided to still take a risk and attempt the journey. But the majority said they had not been aware. Most said they wouldn’t have taken the risk if they knew about living and working conditions abroad. Yet, others insisted they would still have gone to see for themselves.

Belayneh Tadiso, 23, said he regretted the decision.  His brother paid the broker 85,00 birr or $4,250 after failing to convince him not to take the route.  “I insisted (after) seeing others lives changed despite the danger - now I know better,” he said. “I will never try that road again. I could have made it here. The money (spent) could have changed my life.” 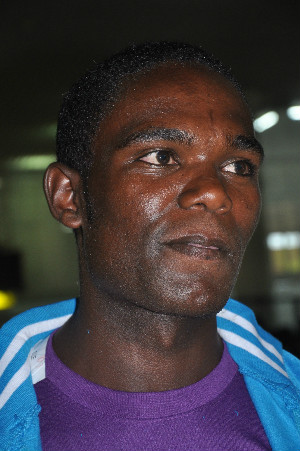 Despite recent reports of impressive economic growth, there seems to be a discrepancy between what is publicized and the reality on the ground. Ethiopia is still home to more than 76 million poor people, and ranks as the second poorest country in the world just ahead of Niger, nazret.com reports.

The government has acknowledged the problem and is making efforts together with concerned bodies. For instance, the National Task Force was established in 2012 and aims to stop human traffickers from smuggling young Ethiopians abroad.

“Last year over 4 million  employment opportunities were created,"  Prime Minster Hailemariam Desalegn said in a briefing to journalists last December. “We have 17 percent unemployment rate,” and we need to scale up credit, workplace access as well as training opportunities to curb illegal migration, alongside attitude changes." Still, a report last October by the Ministry of Labour and Social Affairs stated that only 51 percent of the 168,000 Saudi returnees last year have found employment. 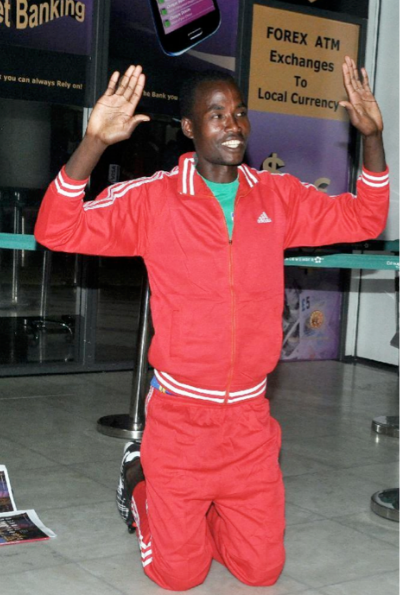 An unidentified man worshiping because he made it home.

While poverty may be the catalyst of the alarming exodus, it cannot solely explain the flight  of  Hailemedehin Abera Tagegn, the Ethiopian Airlines co-pilot who hijacked a plane last year to seek asylum in Switzerland, or the  dozens of journalists and politicians that flee the country in fear of imprisonment real or imagined.

There is no easy or immediate solution to the exodus dilemma.  Much needs to be done in tackling obstacles such as favoritism, corruption, red tape, and the lack of good governance to ensure all Ethiopians benefit from the recent economic gains the country has achieved.  Combating these challenges would contribute towards instilling hope in  the people, and slow down the migration exodus that Ethiopia is becoming synonymous with. 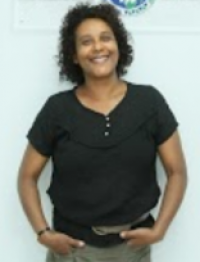 Meskerem Balkew joined the journalism profession 12 years ago. Currently, she is a society page editor with the Ethiopian Herald – the country's first and largest English daily and a reporter for SuomiAfrica.org. Her interests include gender, women, and children issues. She is also board vice chairperson of the Ethiopian Media Women Association which consist of 350 female journalists.

More in this category: Devaluation of the Yuan Highlights Risks of China-Africa Trade Relations »