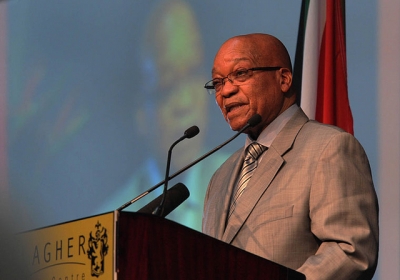 President Jacob Zuma addresses the Broad Based Black Economic Empowerment (BBBEE) Summit in 2013. (Photo: GCIS)
South Africa's transition from apartheid to democracy continues to be adored by many around the world.
The transition, however, has delivered little for the majority in the country of 55 million people.
Research suggests that up to 60 percent of the population are still trapped in poverty, even though the ANC led government provides more than 16 million people with monthly social grants.
In 1994, with the birth of freedom and democracy in South Africa, the new regime embarked on the journey of finding innovative means in the pursuit of the South Africa's transformation and development.
With all that, the Black Economic Empowerment (BEE) Policy, aimed at uplifting historically disadvantaged people (HDP) was born, stemming from the countries national development programme, namely, the Reconstruction and Development Programme (RDP).
It is vital to look deeper on this subject and at the very least promote the much needed conversations on how best to create an inclusive economy for all. Note that an inclusive economy is the real economic transformation that all nations must seek to achieve.
In the politics of BEE, an interesting element is that of the BEE Commission Report. In defining BEE, the commission states "it is aimed at changing the imbalances of the past by seeking to substantially transfer and confer ownership, management, and control of South Africa's financial and economic resources to the majority of the citizens. It seeks to ensure broader and meaningful participation in the economy by black people to achieve sustainable development and prosperity."
It has become imperative for the 22-year-old democracy to speedily find solutions to many of its ills, which threaten to tear the country, and not lose the hope brought to many in the world when Nelson Mandela became the first democratically elected president in 1994.
Since white domination forced its way in 1652, the indigenous black inhabitants of the country were to suffer under the oppressive laws of the colonial regimes.
It was the struggle for freedom through the centuries that black would finally be in a position to run and manage the affairs of their country.
This has proved to be rather tricky for the African National Congress (ANC) led government as the country has experienced waves of violent protests since 2003 for better services and the better life they were promised when the ANC came to power. A high-crime rate does not help matters either.
Since last year, the universities have turned higher education upside down and they are now quickly becoming ungovernable.
More than 20 million of the 55 million of South Africans are still not part of the mainstream economy. With the advent of democracy in 1994, South Africa achieved legal equality.
But still, the black majority have yet to see the fruits of the freedom and a better life for all, even though there are notable changes like the monthly social grants.
And with the stubborn unemployment at 25 percent, the road to prosperity for the black majority is still a long way ahead.
In order to achieve economic equality of the black population, the post 1994 government devoted itself to the politics of BEE, which in 2003 started to talk of broadening the BEE's policy into Broad-Based Black Economic Empowerment (B-BBEE), in an effort to reach the majority who had not yet been fully incorporated into the economy. The B-BBEE was legislated in 2007.
Fundamentally, BEE as an economic development strategy ensures that there will be no area in the economy which will not be affected by B-BBEE, further meaning that blacks will also enjoy the wealth of their country like their white counterparts have for centuries.
Research on BEE in South Africa indicates that there is still a lot of resistance from the white community which owns 90% of the economy and 80% of the land.
Another agenda of BEE is to integrate black entrepreneurs into the private economy via the transfer of company ownership, management, and control functions.
And in order to implement this goal and more and to make them measurable,  the legislator introduced Black Empowerment Scorecards.
Don Mkhwanazi, a South African business guru and leader of BEE has been consistent in voicing his disappointment, saying “when we talk about Black Economic Empowerment, we talk about full participation for our people in the mainstream of the economy in all sectors, at all levels. Full stop.”
Mkhwanazi further notes the private sector mistakenly views BEE as a series of boxes it must tick.
He said that “some of these new black millionaires are gatekeepers, worse than those guarding Fort Knox.” 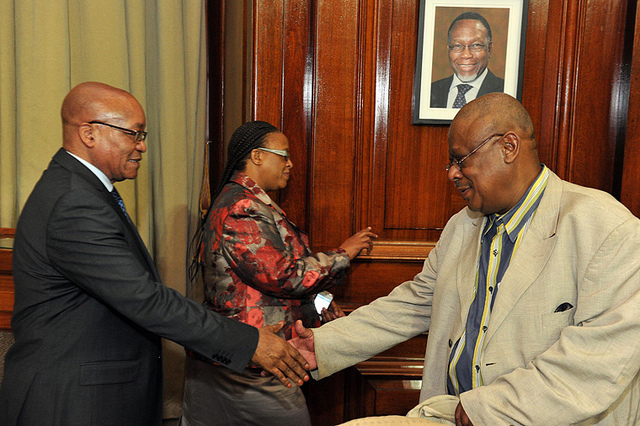 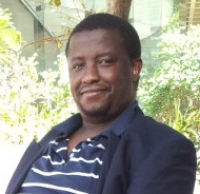 Thandisizwe Mgudlwa is an internationally published journalist based in Cape Town South Africa. His recently published Amazon Best Selling children's book, KIDDIES WORLD; and now The Best In You, which are made available by Amazon. As a writer for The Associated Press and a journalist for more than 16 years, he has shaped world opinion, influenced decision and policy makers on a number of subjects that affect us daily. Thandisizwe has been published world-wide notably by the likes of The Washington Post, The New York Times, The Guardian, The Independent, The Globe and Mail,  The New Yorker, USA Today among others. More recently, he has done this with the, The New Age, Uplifting Star, The Southern Times, Herald (The) and the Business Day newspapers.