New report on Kosmos Energy in occupied Western Sahara: A Platform for Conflict 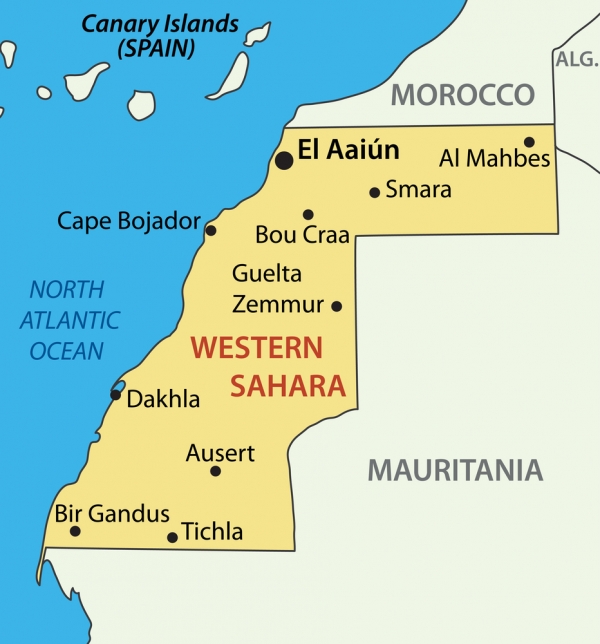 Western Sahara Resource Watch published a report earlier this week on Kosmos Energy’s unscrupulous plans for test well drilling in occupied Western Sahara. In a few weeks time, the company may permanently damage the Saharawi people's aspirations and rights to freedom and independence, as it commences unethical and illegal oil drilling in Africa's last colony.

If Kosmos pushes through, it will become the first company to drill for oil in occupied Western Sahara through a deal with the occupying regime - Morocco. Several other oil companies withdrew from the territory following mounting international pressure.

Kosmos’ chartered drillship, the 'Atwood Achiever', was constructed in South Korea and is now slowly making its way to the occupied waters, moving along the coast of southern Africa. The Atwood Achiever is expected to begin one of the most controversial oil drillings in recent history - in occupied land that is the subject of ongoing UN peace talks - before the end of this year.

A UN Legal Opinion of 2002 states that the wishes and interests of the Saharawi people, as the sole and original people of the territory, are the two legal requirements for any oil exploration or exploitation to take place in Western Sahara. The report shows that these prerequisites have not been fulfilled.

"Kosmos Energy has not sought the Saharawi people’s consent. Instead, it chooses to side with the Moroccan authorities and only talks to Moroccan loyalists, picked from a list that was authored by the Moroccan administration, in an attempt to whitewash its operations in occupied land", stated Erik Hagen, chair of Western Sahara Resource Watch.

"The drilling plans are deeply unethical and will only contribute to prolong the occupation and Morocco's unfounded claims to the land", stated Hagen.

The Saharawi people, living under the brutal yoke of the Moroccan occupation and their exiled relatives living in Algerian refugee camps fear that if oil is found in their occupied homeland, Morocco will never abandon its unfounded claim on their country. The Saharawis have an internationally recognised right to self-determination. Accordingly, they have the right to determine the future status of the territory and its resources.

The author of the 2002 UN Legal Opinion, Hans Corell, told recently that “The more resources are found in Western Sahara and its maritime zone, the less will be the incentive for Morocco to fulfil the UN resolutions and international law”.

Kosmos Energy holds a 55 percent permit accorded by the Moroccan government for the so-called Boujdour block, located offshore Boujdour in Western Sahara – a territory outside of Morocco’s internationally recognised borders, that has been largely occupied by Morocco since 1975.

The Western Sahara Resource Watch (WSRW) is an international network of organisations and activists researching and campaigning the companies working for Moroccan interests in occupied Western Sahara.