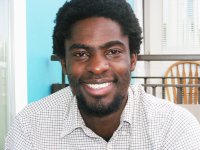 Kiliswa Mauka previously served as operations manager at Brydges Youth Orphanage in Nairobi, Kenya. There he helped implement farming and other entrepreneurial projects to generate income for disadvantaged and impoverished youth in Nairobi. He recently earned his B.S. in business management from the University of Wyoming. 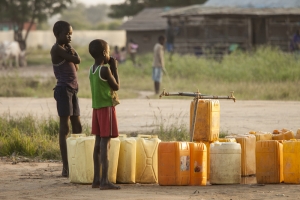 Uhuru, uhuru, tunataka uhuru!! (Freedom, freedom, we want our freedom!) These are some of the chants that became very popular during the colonization period of the 19th and early 20th centuries in most African countries, giving them strength to carry on. African freedom fighters were forced to stay out in the cold of the night and suffer mosquito bites in the forests to counter their enemies, the colonial powers of Europe. Our great-grandfathers struggled and sacrificed their precious lives for the sake of future generations. Years later, the colonial governments surrendered after they could no longer bear the pressure of African resistance at that time. On February 3rd in 1960, history was written as the British Prime Minister Harold MacMillan made a historic speech to the parliament of South Africa, in Cape Town. “The wind of change is blowing through this continent. Whether we like or not, this growth of national consciousness is a political fact.” Subsequently, most Africans began to breathe the air of freedom.